Tugela Falls can be easily viewed after a heavy rain from the main travel road into the park. The stunning reflection in that late afternoon is best part of this falls. There is an undeveloped camp site and mountain hut immediately above the falls. There’re two trails to the Tugela Falls, one is top of Mount-Aux-Source at the Scentinel Car Park, which is fairly easy climb to the top of Amphitheatre, takes approximately four to five hours, and certainly depends upon fitness level. This is the only day hiking trail which leads to the top of the Drakensberg escarpment. The second trail to the Tugela Falls starts Royal Natal National Park, which is seven kilometers gradient up the Tugela Gorge winds though indigenous forest. The final part of the hike to the Tugela Falls is a boulder hop. A slight chain ladder leads over the final stretch for a view of the falls rushing down the amphitheater in a series of five cascades. So Tugela Falls is falling more than 3,000 feet, displaying a magnificent view from top to bottom. Tugela Falls is definitely an easy one to visit, and the park it is in is more beautiful than anything 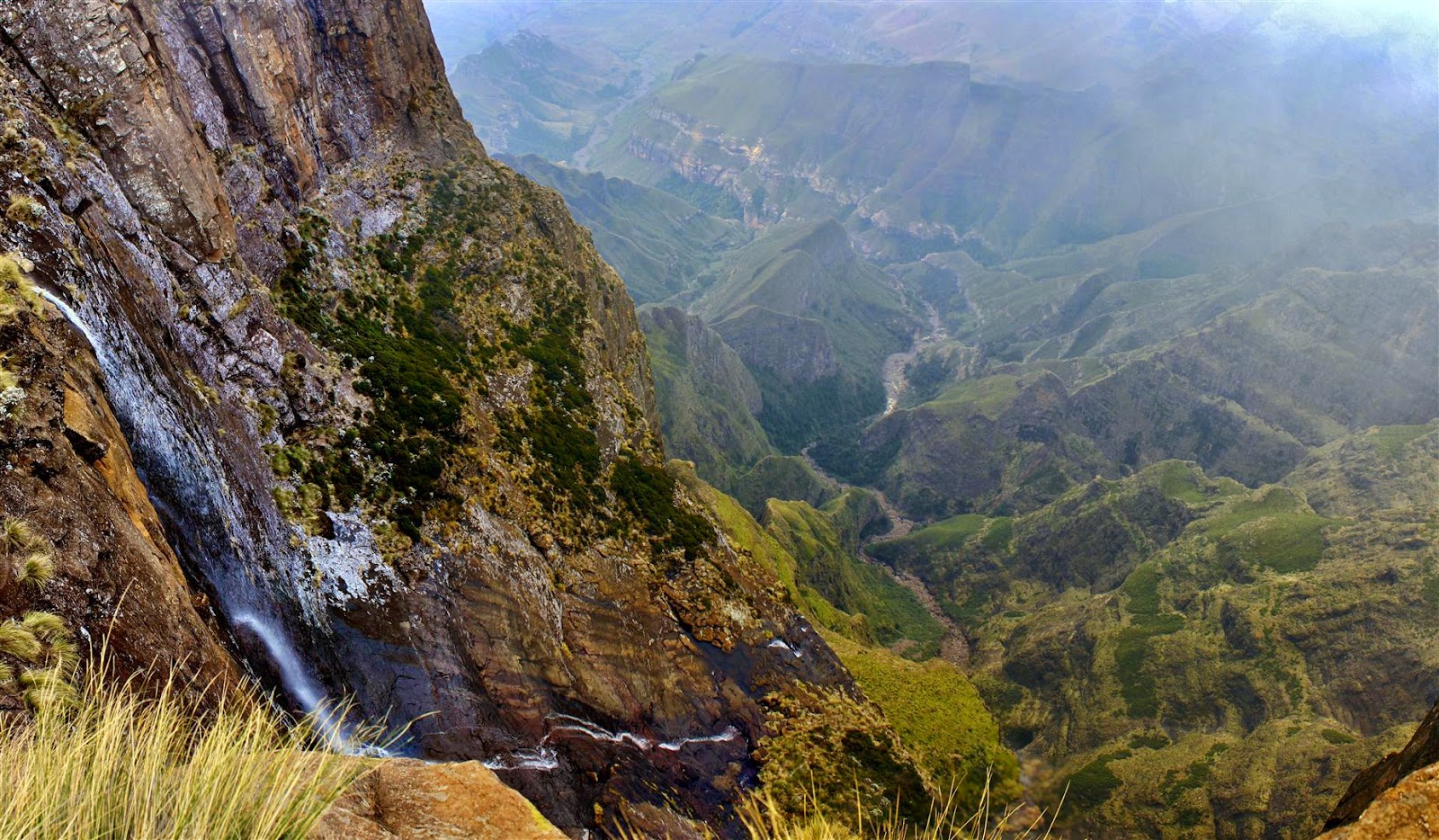 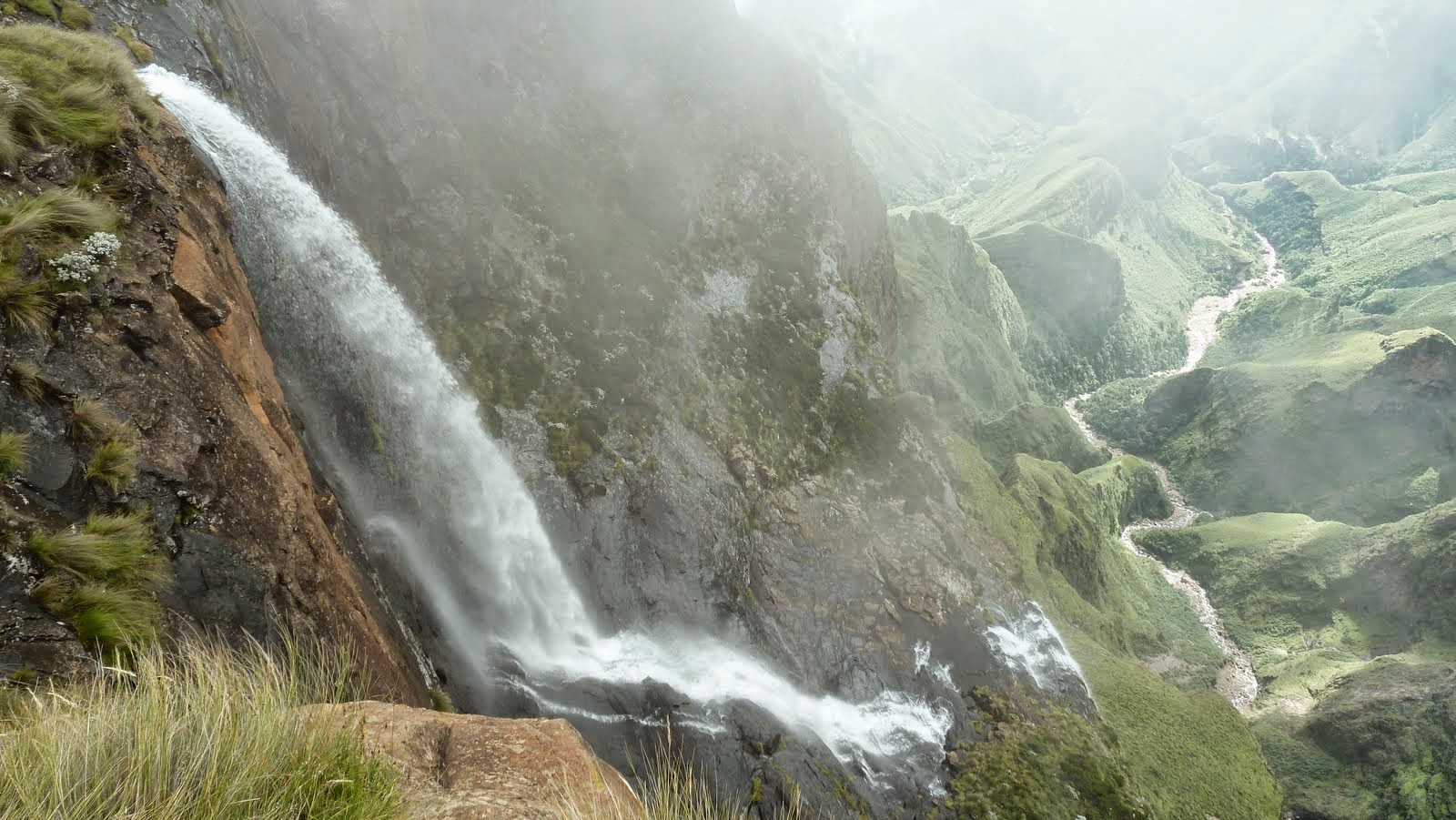 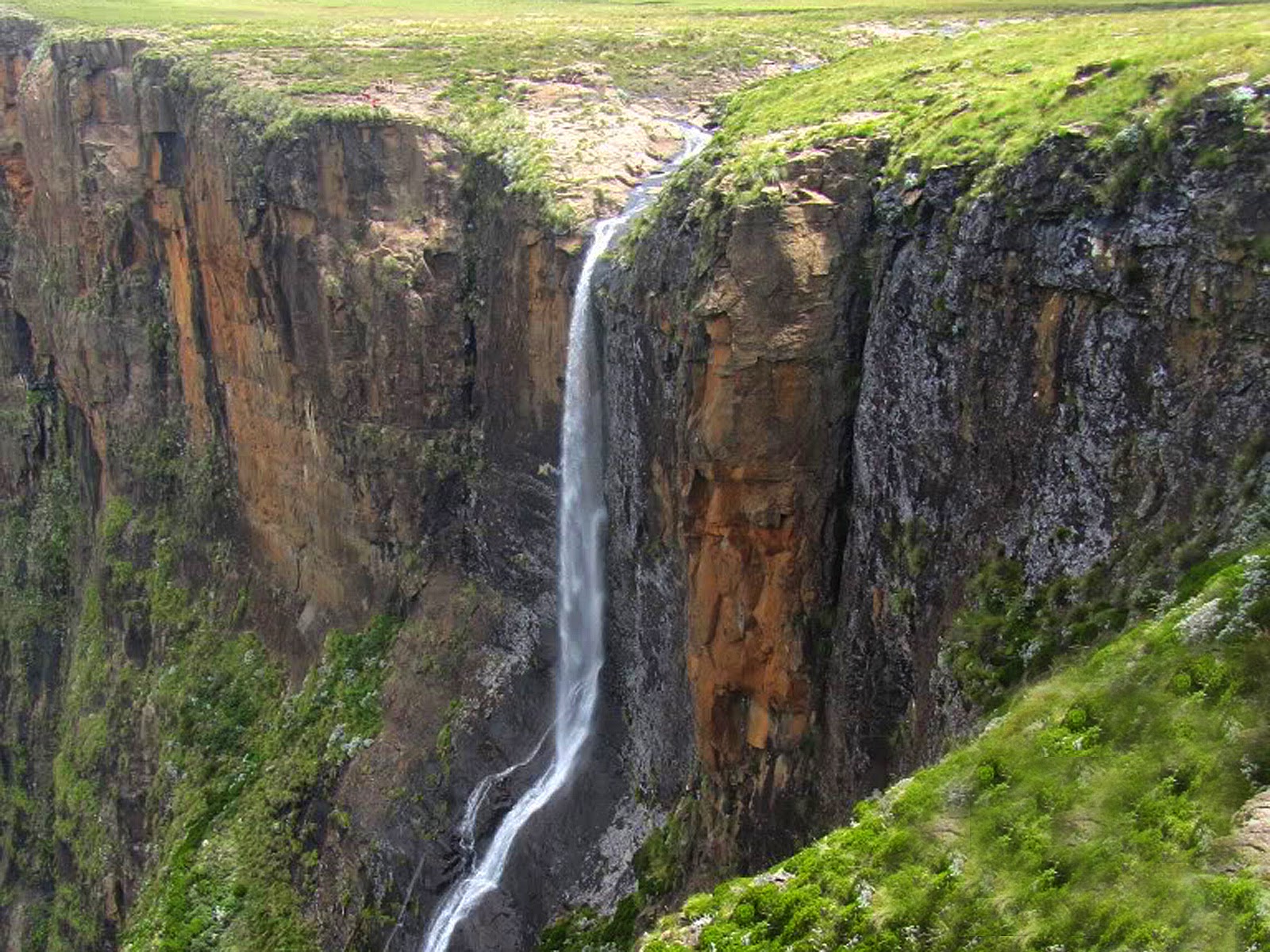 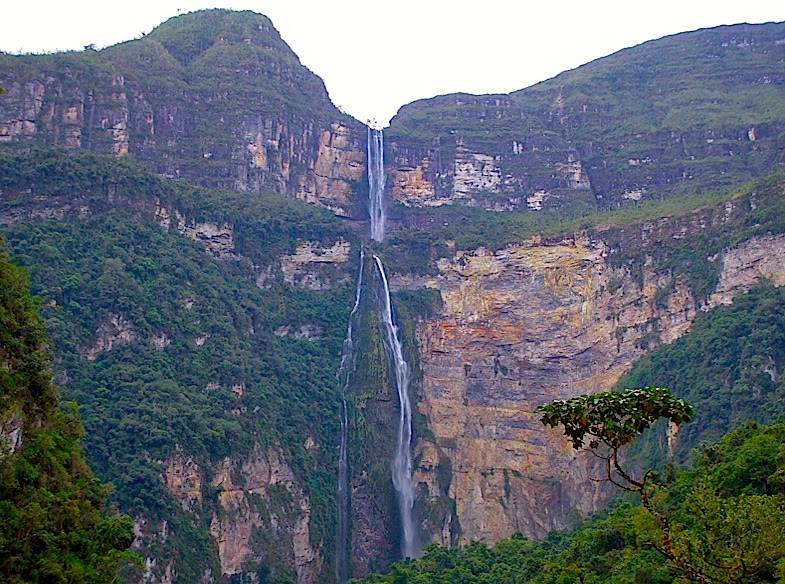 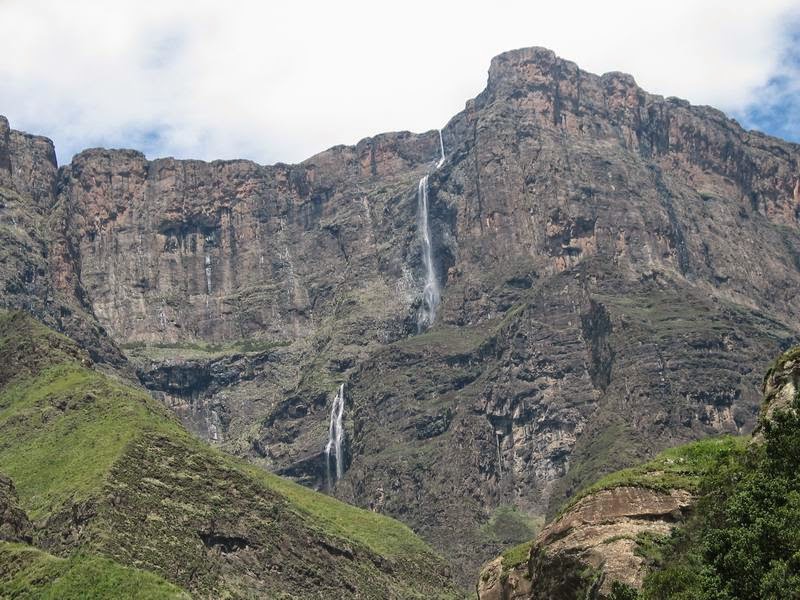 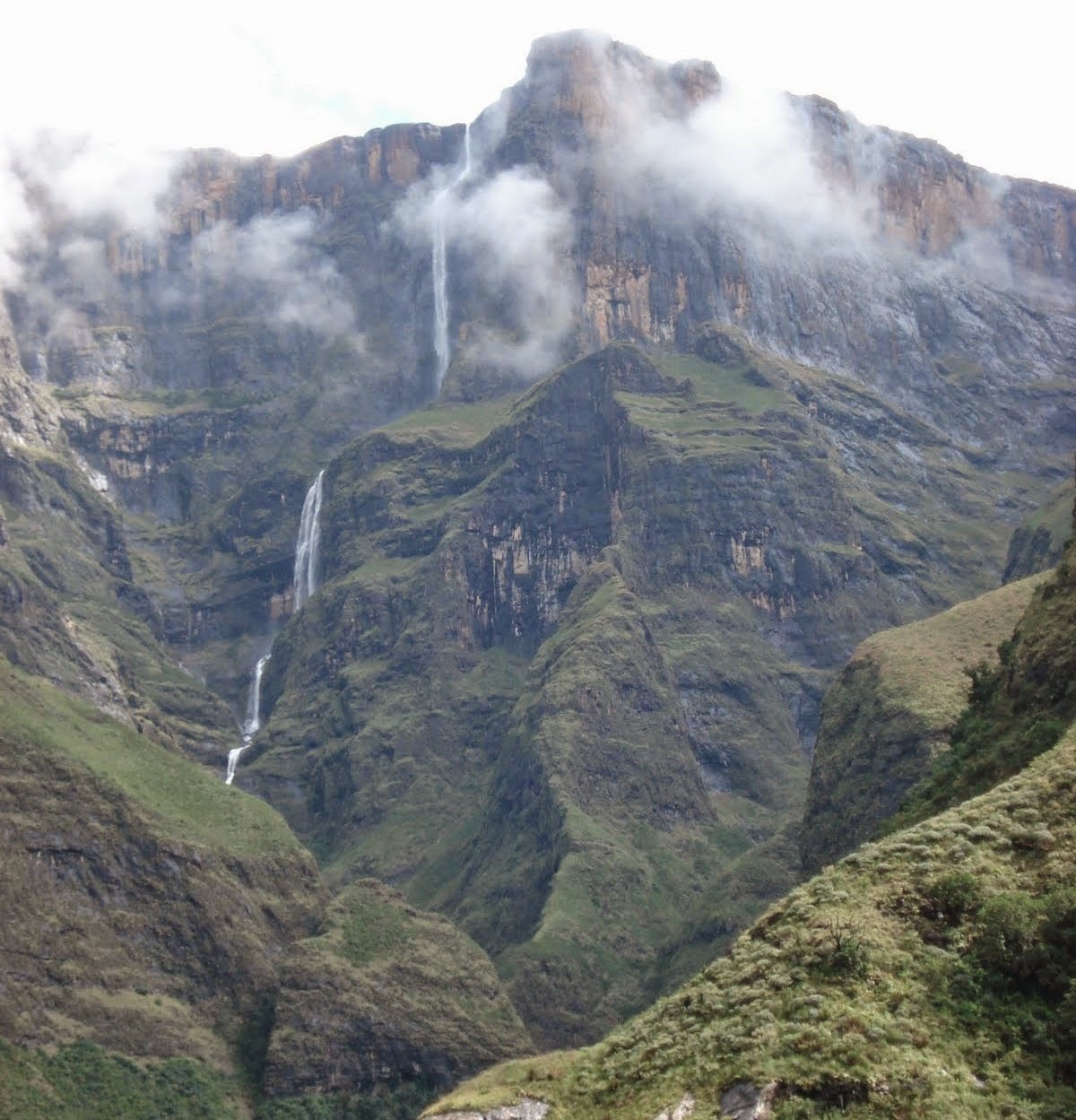 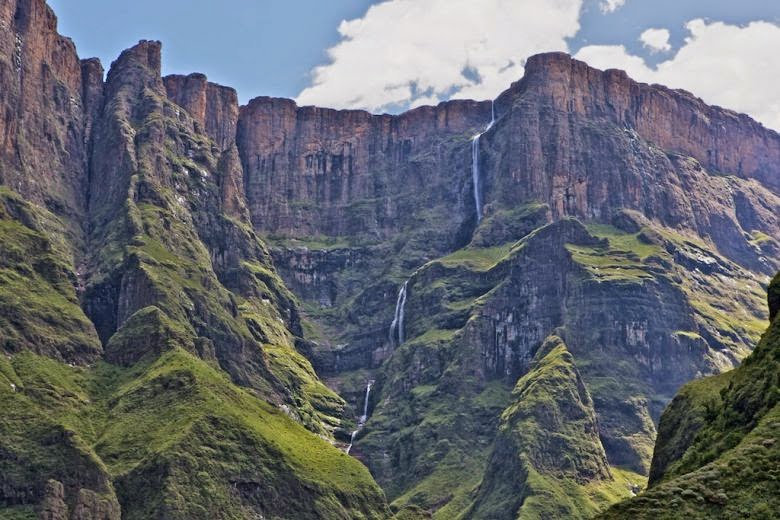 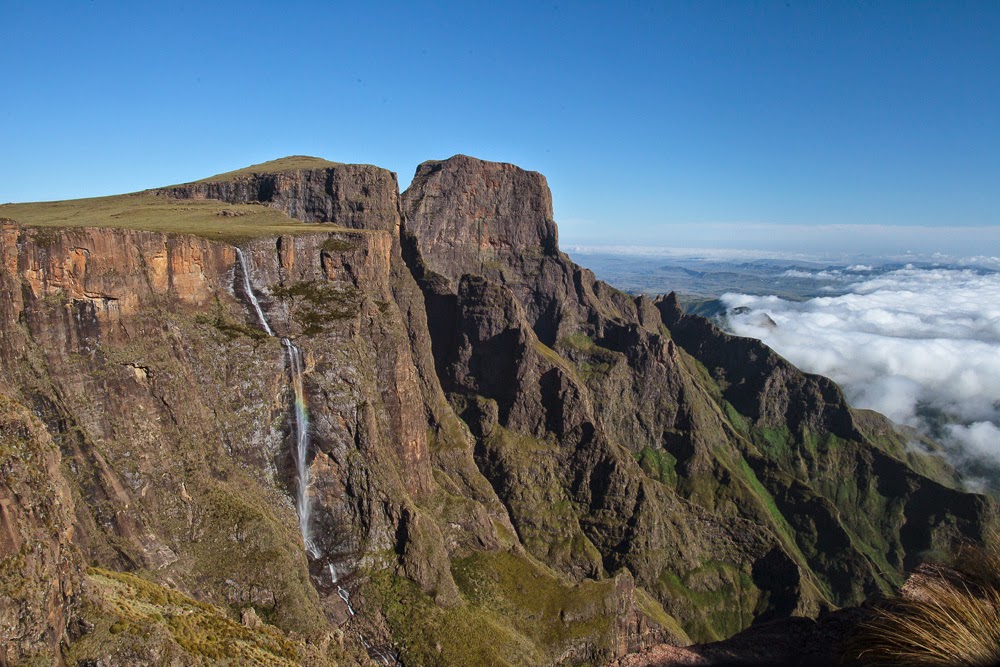 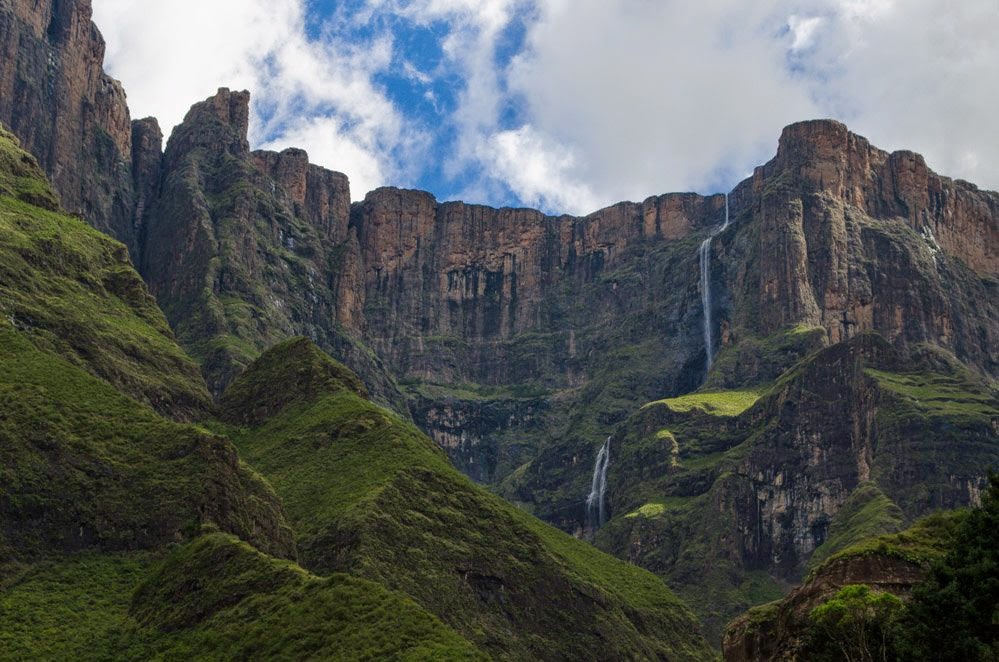