The ornate Sheikh Zayed Grand Mosque is so remarkable, as more than 400,000 devout believers make the pilgrimage to Abu Dhabi to pray during the annual festival “Eid”. It is more fascinated to British Photographer Julian John by the incredible interiors of the biggest mosque in the Middle East. Teaching assistant Julian, originally from Brighton, Sussex,  now living abroad, Julian John visits the intricately designed prayer halls as often as possible to capture photos of what he believes to be “the jewel in the United Arab Emirates” crown. He says; I’m living in the UAE capital for the last four years, is planning an exhibition of his epic photographs. I truly believe, this mosque is the Jewel in the United Arab Emirates' crown. It has been easily described as an exclusive masterpiece of Islamic architecture and is truly a modern wonder of the world. It is majestic and serene and the attention to detail is breathtaking with craftsmen from all around the world instrumental in making it so spectacular.

The mosque stunning courtyard, which features the largest marble mosaic in the world at 180,000 square feet, snapped the impressive exterior. The four 350-feet tall minarets, which can be seen across the Abu Dhabi skyline, are lit up in dramatic style against the cloudy skies in one of the photographer's incredible shots. Julian, who uses a Nikon D800 camera with Nikon 24-70mm and the Tamron 70-200mm lenses, was deeply inspired to take up his interest four years ago when he first moved to the Middle East. He has since set up a photography class at the international school where he works. There’re number of great aspects to the Grand Mosque from spectacular interiors to domes and minarets and fountains to the lovely pillars with inlaid flowers. There’re lots of photographic opportunities that you’re almost spoiled for choice. As long as I live in Abu Dhabi, and definitely I’ll always visit the Grand Mosque and continue to photograph it. The magnificent towering structure took almost ten years to build with over 30,000 workers starting work on the site in 1996. It was not completed until seven years after the millennium in 2007. The largest mosque in the Middle East, the Grand Mosque in Abu Dhabi is as stunning on the inside as the outside. Source: Dailymail 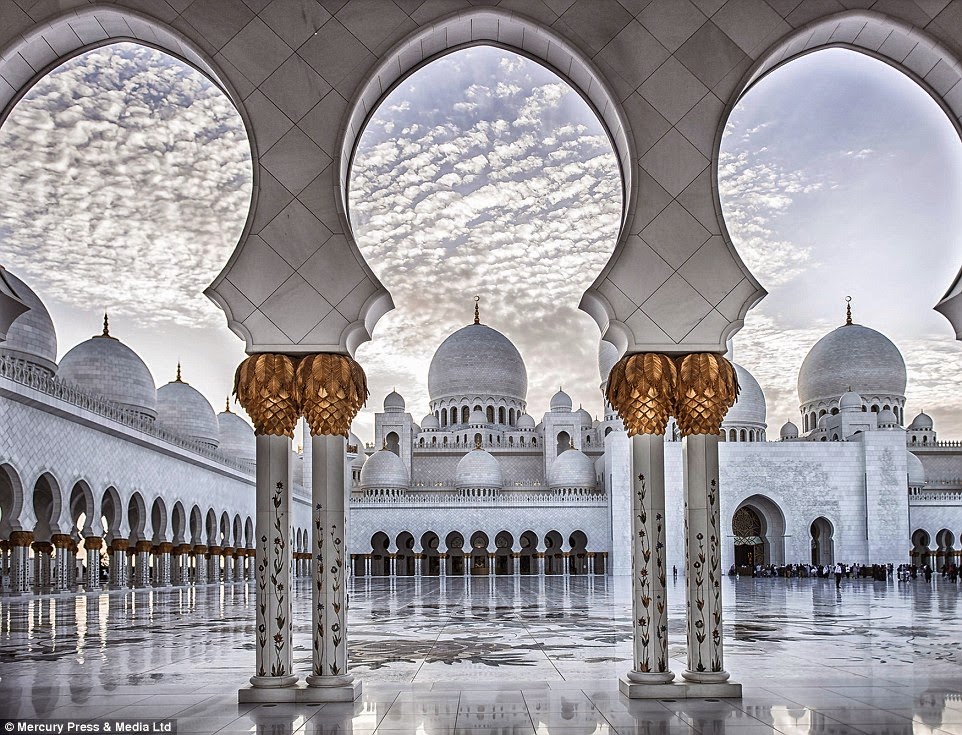 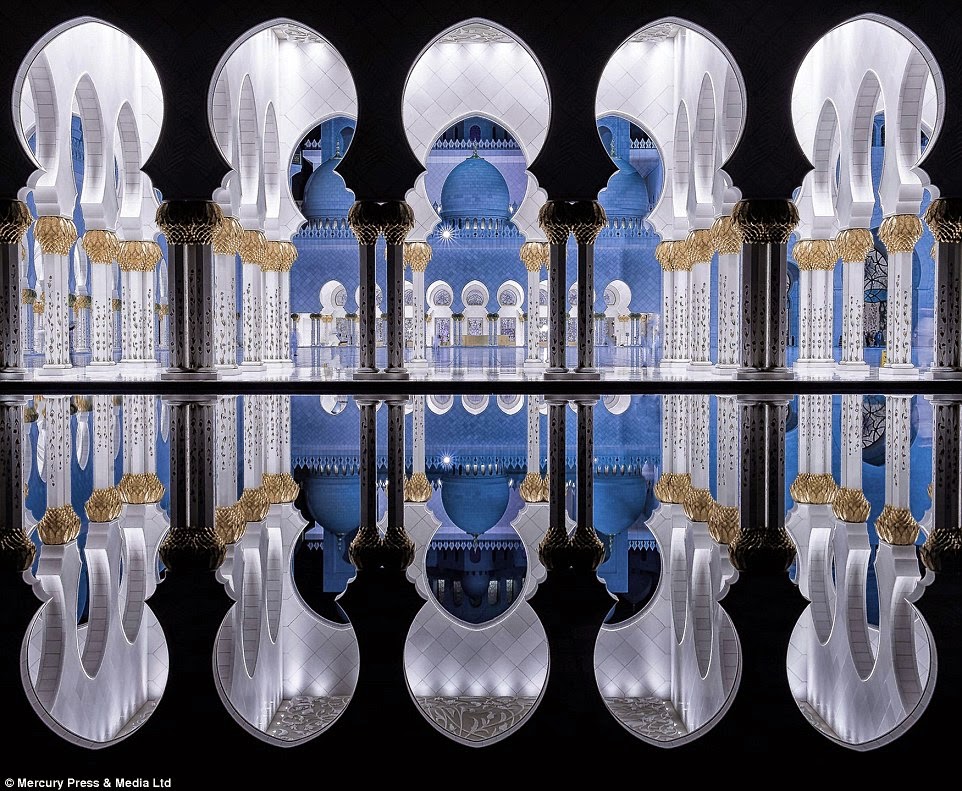 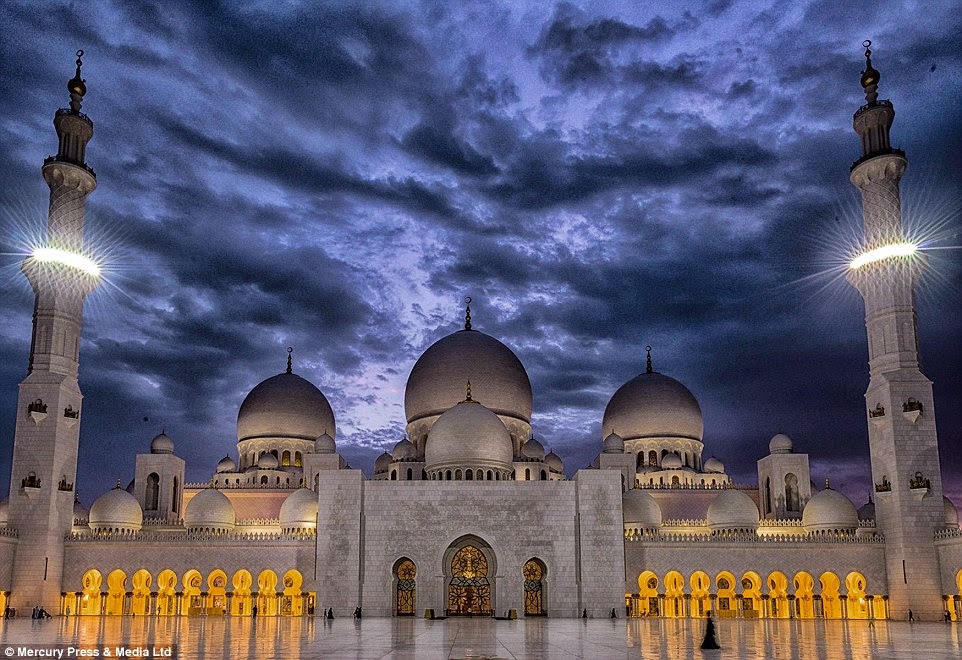 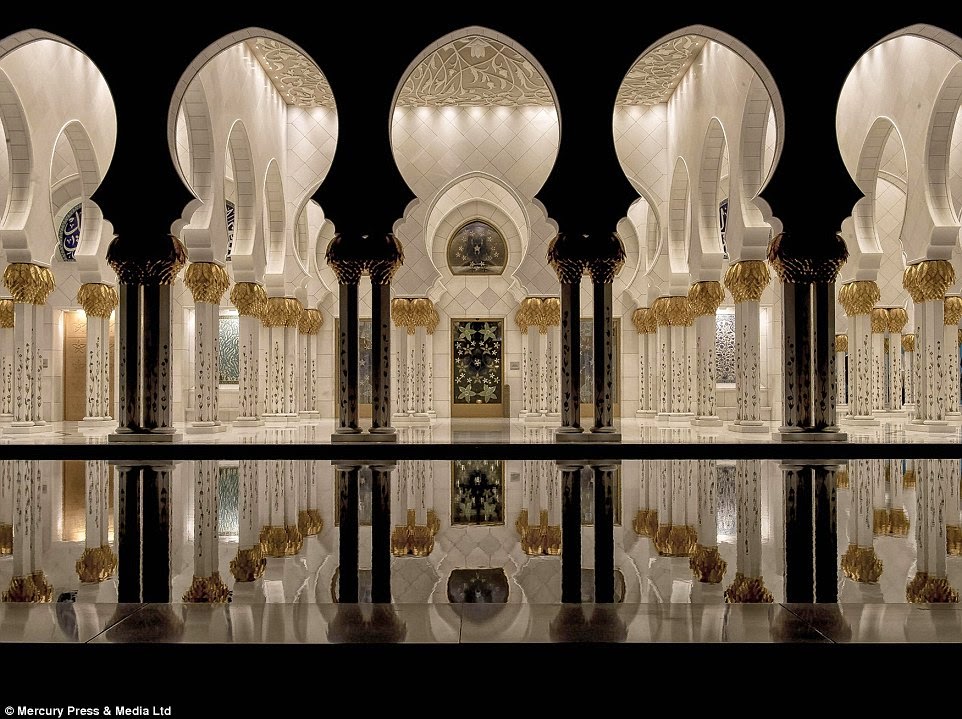 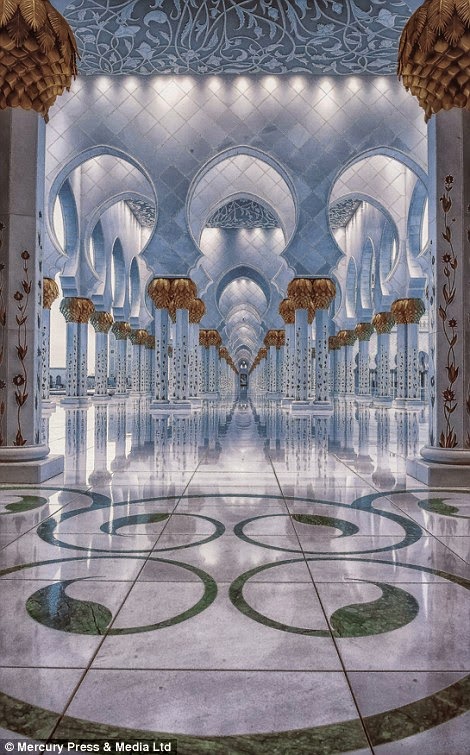 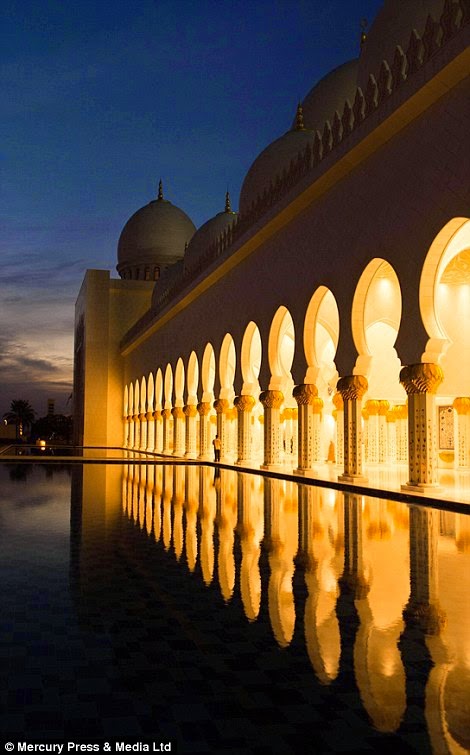 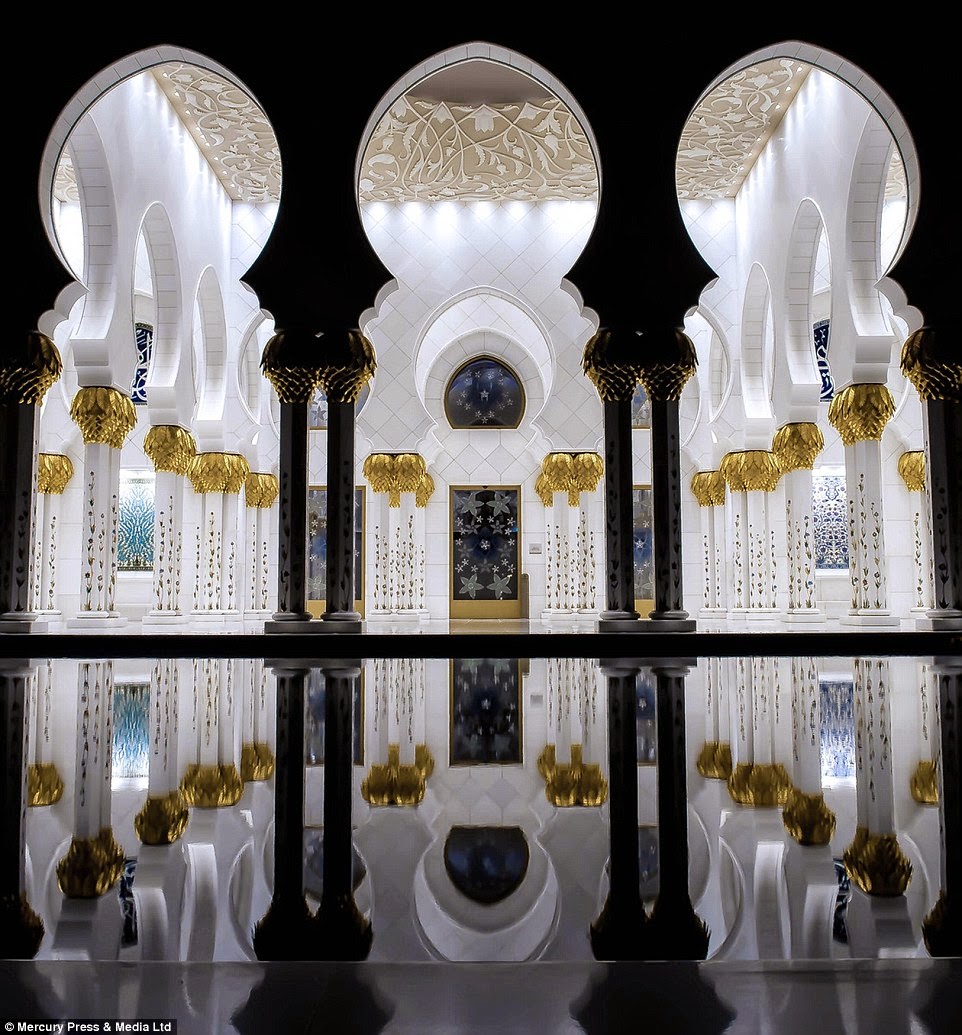 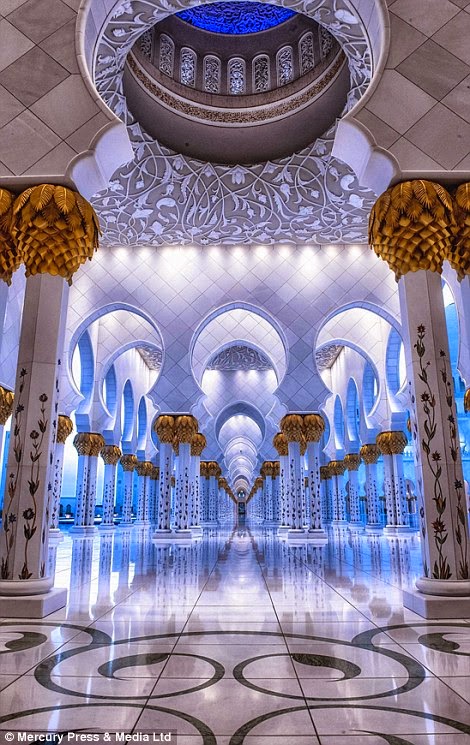 Ferrari World in Abu Dhabi is the world’s largest and the only Ferrari branded indoor theme park that sits at the center of a 2,500 hectare Yas island. Typical of UAE, the island is entirely dedicated to leisure, entertainment and lifestyle, and Ferrari World is its central attraction. Opened in 2010, the park features more than 20 Ferrari inspired rides and attractions, in addition to a wide variety of Italian delicacies and shopping malls, and is reportedly a must-visit for all Ferrari enthusiasts. 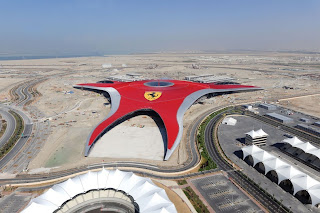 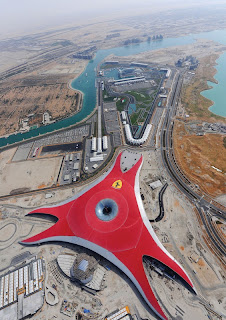 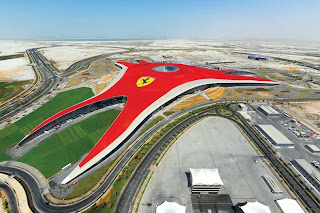 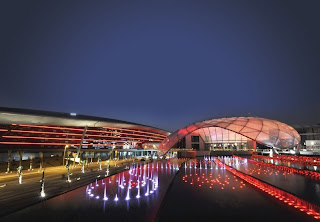 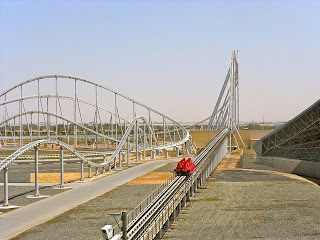 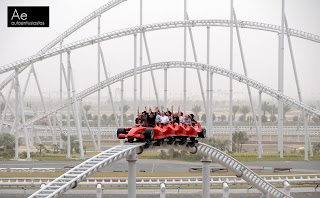 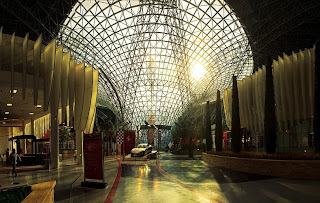 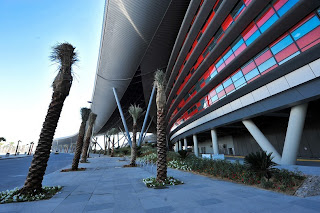 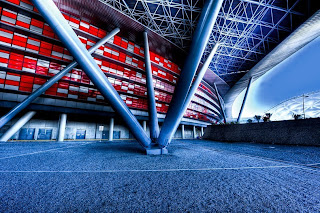 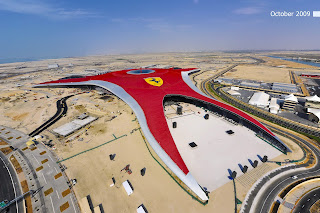 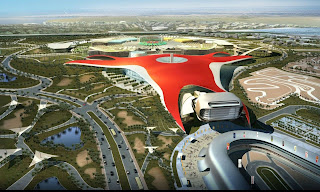 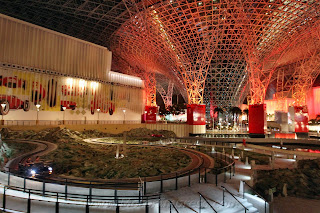 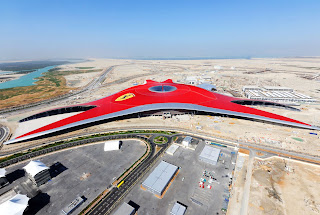 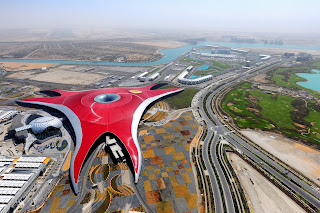 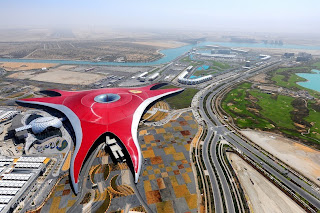