Well, The Lake Abbe is actually a salt lake, the largest and final of a chain of 6 connected lakes on the Ethiopia-Djibouti border. The lake Abbe lies on a basin which is called the Afar Depression at a point where the Arabian, Nubian, and Somalian plates are pulling away from each other. The strain set off by the splitting Nubian and Somalian plates has formed a peculiar landscape around Lake Abbe. When the two plates drift apart, the crust above them thins until it cracks.

Moreover Magma pushes to the surface via the thin spots and warm underwater springs. When the boiling water bubble up to the surface, they put the dissolved calcium carbonates generating towering chimneys, the same way water trickling down the roof of limestone caves makes stalactites and stalagmites. Specific of these chimneys can reach about the heights of 50 meters, and puffs of steam vent from the top. Moreover the strange landscape motivated Charlton Heston to shoot his classic 1968 film, "Planet of the Apes", on the shores of Lake Abbe.

The Afar Depression is captivating to geologists since it is the place where new ocean is being shaped. Therefore the depression is forming as the African plate ruptures into the Nubian and Somalian plates. In a few million years, the Indian Ocean will break down through the coastal highlands and flood the Afar Depression, forming a new ocean and making the Horn of Africa a large island. Hence when continental plates move apart in the ocean, it generates new sea floor, but in East Africa, the procedure is happening on dry ground, where it is called continental rifting.

The Lake Abbe is mainly fed by the Awash River, and seasonal streams which pass in the lake from the west and south, crossing the vast salt flats. On the northwest shore rises Mount Dama Ali, a dormant volcano. The history tells us, that the Lake Abbe was once a much larger lake but diversion of water from Awash River for irrigation in the 1950s has dry up the lake surface area by 2/3’s and water level by five meters. The adjacent town lies about two hundreds kilometers away, but there’s a little settlement established by the Afar people near the lake's shore. Aside from the Afar shepherds who bring their herds of sheep or donkeys to feed, the only inhabitants of this lake are pink Flamingos. 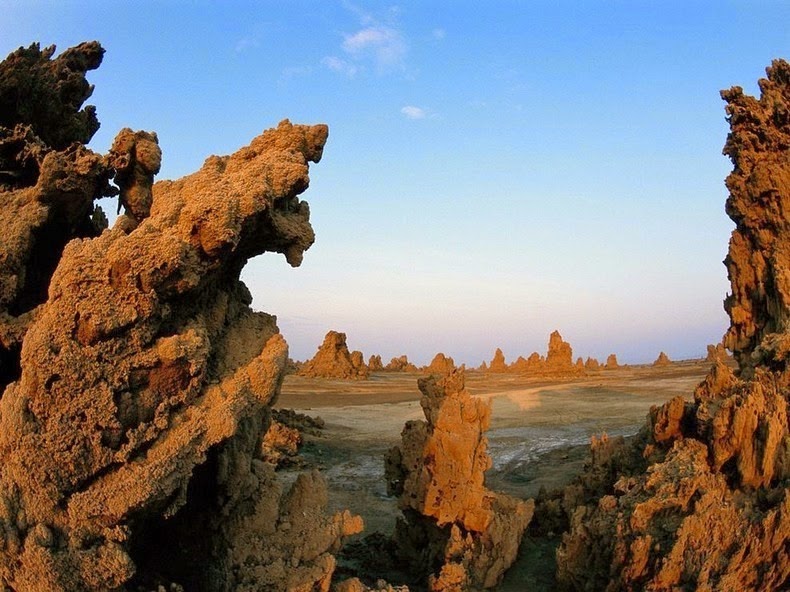 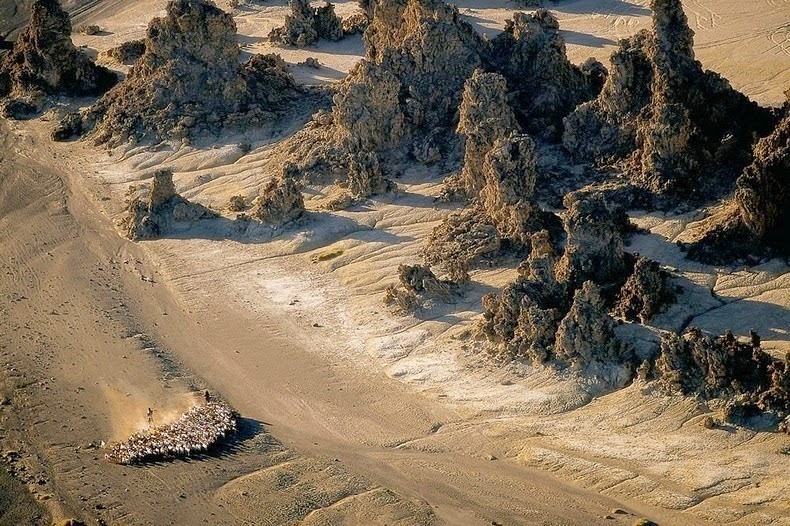 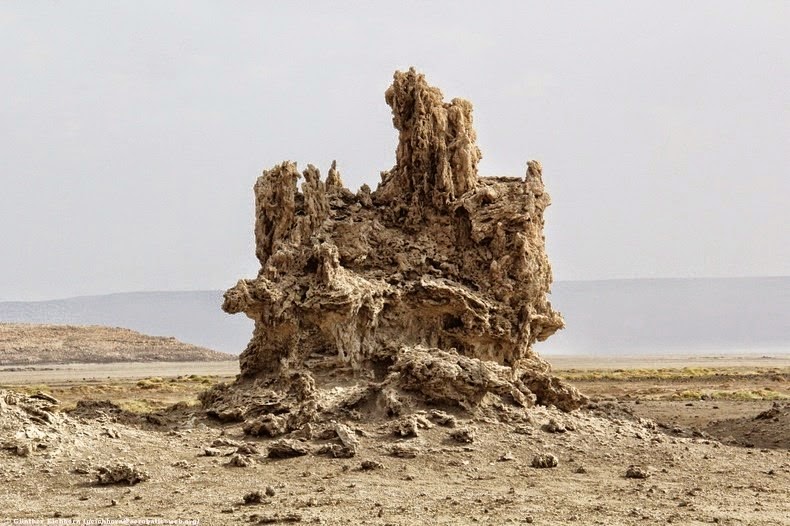 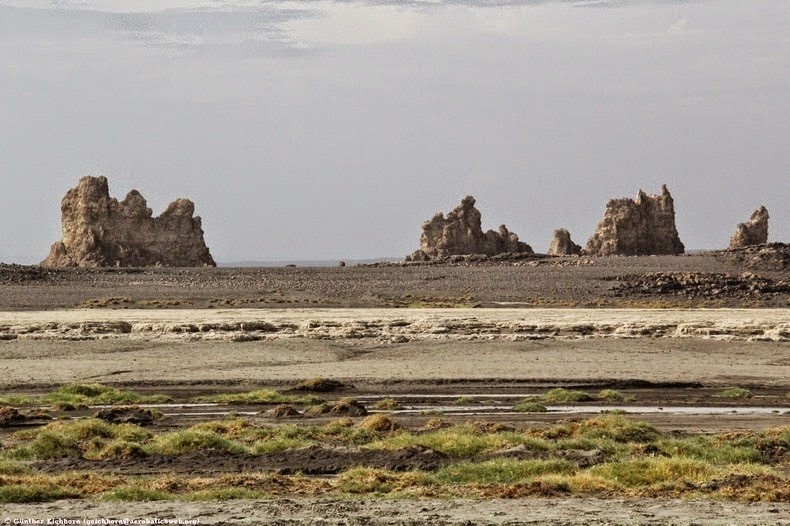 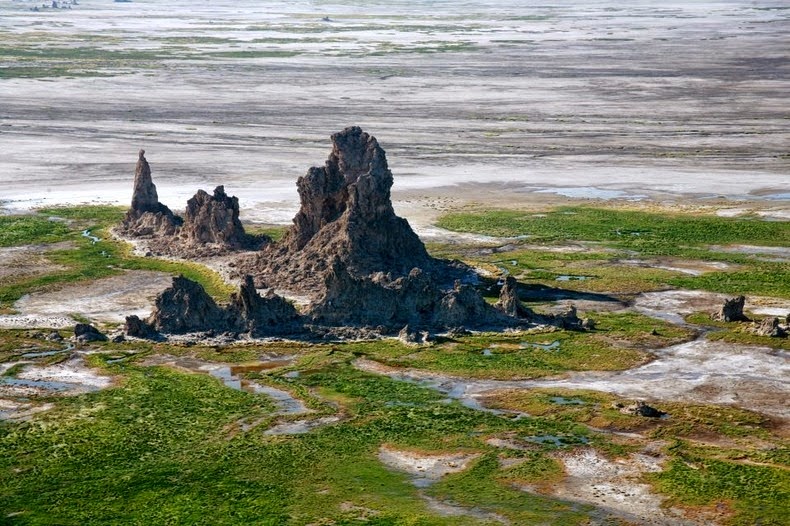 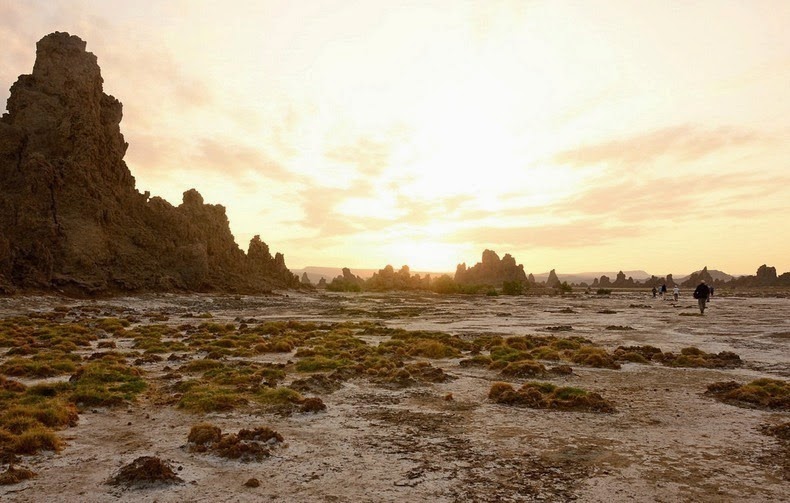 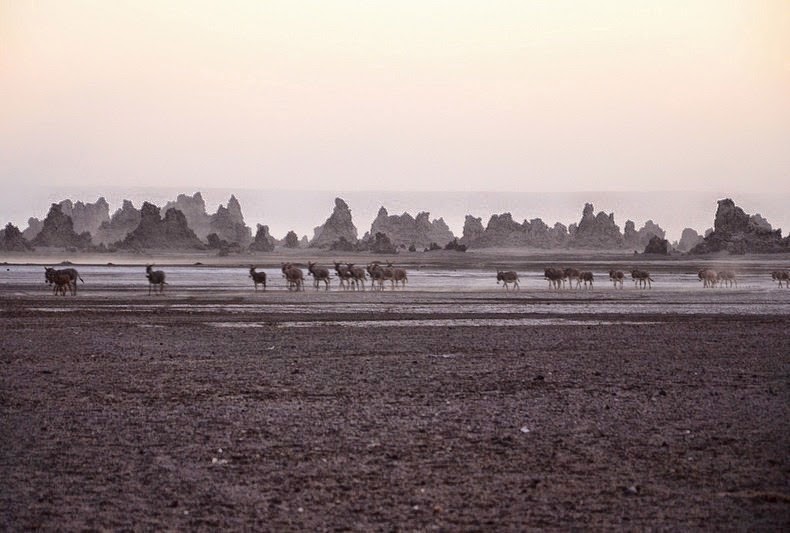 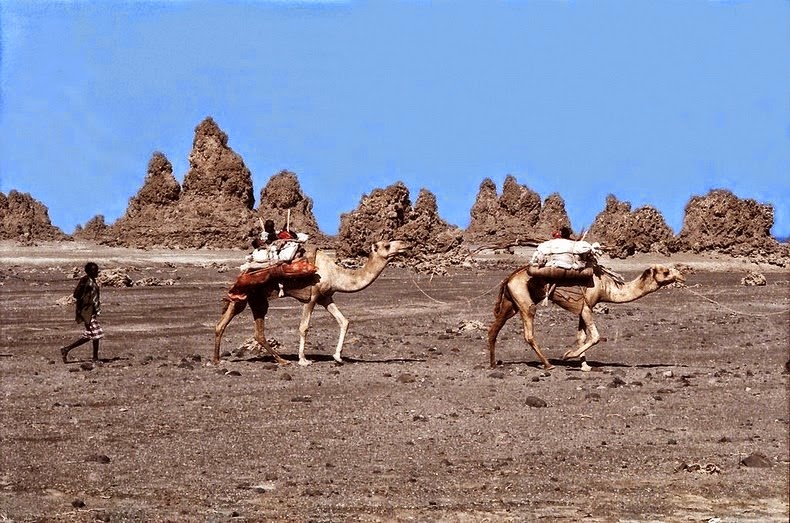 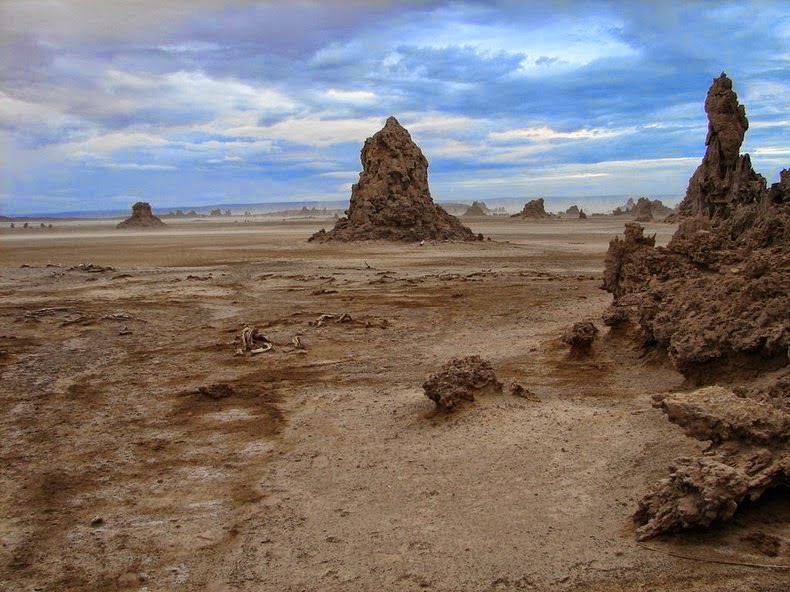 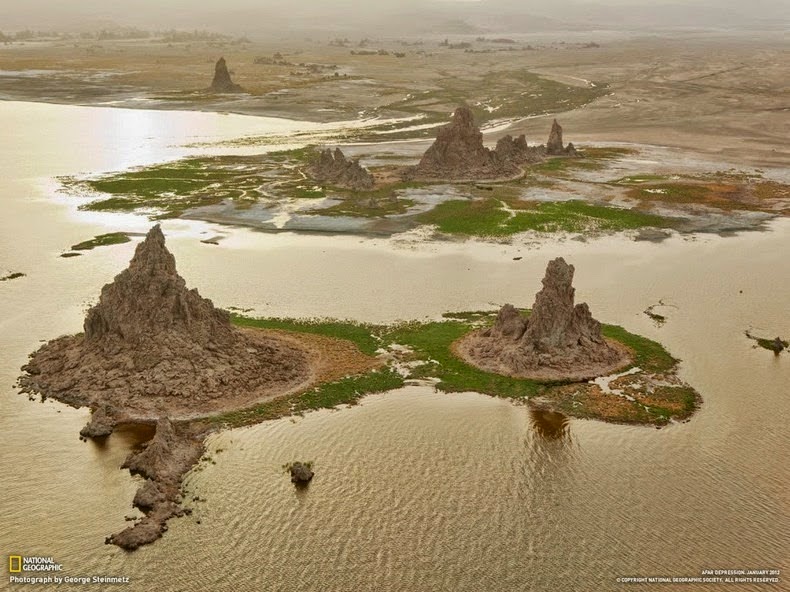